At the height of the age of decorum and manners, this little comedic novel pokes fun at precisely these treasured trimmings of Victorian society. Cranford, Elizabeth Gaskell’s second novel, chronicles several episodes from the lives of a group of spinsterly ladies living in a quaint village that moves somewhat behind the times. The rigid customs and habits of the barely middle-class ladies of Cranford the narrator humourously exposes as eccentric, but endearingly so, showing how affected formalities and practices can actually build authentic community.  For Gaskell, communal values supersede class values; the customs of class do not define people to their core.

While typical Victorian novels uphold romantic, marital love as the penultimate relationship, Cranford appreciates sisterly and neighbourly love. Christians, too, often idolize the love between husband and wife as the sublime picture of Christ and his bride (the church), forgetting the other picture of humble submission and kindness – love between brothers and sisters within the body of Christ. Cranford reminds us that there is a place in the body of Christ for all people, married or celibate, fertile or barren.

While Gaskell does not choose to include any direct Biblical expositions in this novel, as she does in others, Cranford still illustrates Christian values of compassion, honesty and forgiveness, probably best summed up in Jesus’ words (quoting from the Old Testament Law)  “Love your neighbour,” the second highest commandment after loving God. For Gaskell, in this novel as in others, we are not meant to live alone but were destined for community, and the fullest life is partaking in a community operating under Christian values, in whatever curious fashion they may express themselves.

Although the Victorian era is famous (or notorious, depending on how heavy you like your books) for its thousand-page tomes such as Charles Dickens’ Dombey and Son, William Thackeray’s Vanity Fair or George Eliot’s Middlemarch, 19th century literature does include some lighter fare, still worth the sampling.

In Agnes’ lonely and friendless life appears a conscientious and principled young rector, stirring the governess’s heart to flame with hope for a future of Godly companionship.  (102 pages) Read more here and here.

Cricket tells a simple but heart-warming tale of two impoverished youths living in Liverpool whose trials draw them into a friendship with one another. Billy, who has been homeless from a young age and never entered a church in his life, learns first of Jesus Christ from Caroline (Cricket), and her life becomes a living testimony of the truth of the gospel in a way that the mystifying Sunday sermons in the local chapel cannot. (248 pages) Read more here.

Lady Susan, a flirtatious scheming widow (with a grown daughter, no less) gets “thrills” out of seducing the attentions of even married men for her own amusement. One might consider Lady Susan to be George Wickham’s female double. This time, though, we get to hear the story from the reprobate’s point of view. (94 pages) Read more here.

While typical Victorian novels uphold romantic, marital love as the penultimate relationship, Cranford appreciates sisterly and neighbourly love. Christians, too, often idolize the love between husband and wife as the sublime picture of Christ and his bride (the church), forgetting the other picture of humble submission and kindness – love between brothers and sisters within the body of Christ. (192 pages) Read more here.

North and South begins as a novel of clear, seemingly deep contrasts that eventually begin to dim and complexify as the protagonist grows in knowledge and understanding of the world and realizes her own prejudices. These juxtapositions of alien classes of people (North and South, factory owner and employee), with all their antithetical philosophies, customs, manners, fashions, landscapes, architecture, types of labour, leisure activities and more, are crocheted by the narrator in exquisitely fine detail for the reader to ponder, as exquisite as the lace fabric some of the characters wear. The Victorian novelist is inarguably the master of detail, and Gaskell is one of the best. I believe North and South to be her most excellent novel, and her discriminating, profound and often poignant descriptions of people, places, thoughts and emotions make this a book for the soul (the beautiful romance helps, too).

I appreciate the photo of the protagonist,
Margaret Hale, from the most recent film adaptation of the book (on the right). The actress’s fully absorbed, introspective look betokens the intellectual nature of the novel; there is just so much to think about, in North and South, for both the protagonist herself, whose world is dramatically upended by change and sorrow, and the reader, who shadows her through Gaskell’s lifelike, transporting description. Unfortunately, the film all but erases the Christian faith that is Margaret’s guiding light and sure foundation, and which anchors her soul amidst upheaval and grief.

Elizabeth Gaskell was the wife of a Unitarian minister, and often wrote about the problems of industrialization, especially for the poor. Her desire in North and South, as well as in Mary Barton, was to see the factory owners and workers come together in the spirit of Christ in order to overcome their differences.

The Body of Christ in Mary Barton

The Great Victorian Sin in Ruth

The Fall of Women in Victorian Novels

Below are five more classic Christian novels you may not have heard of, this time from a variety of genres, including fantasy, journal writing and poetry. All books from both lists were written during the Victorian era and are sure to intrigue any Austen or Bronte lover seeking overt or subtle explorations of God and Christianity.

1. Cranford (1853) by Elizabeth Gaskell –  It’s hard to go wrong with Elizabeth Gaskell. If you’ve seen the BBC miniseries, you’ll want to read Cranford the book by this minister’s wife. While the typical Victorian novel upholds romantic, marital love as the penultimate relationship, Cranford appreciates sisterly and neighbourly love as an expression of the body of Christ.

2. Phantastes (1858) by George MacDonald – C. S. Lewis credits Phantastes with first softening his heart to consider the possibility of the existence of God. What one might call a “fairy tale for grown ups,” Phantastes’ unearthly and yet strangely reminiscent atmosphere elicits a sense of nostalgia and longing in the reader.

3. Cricket (1886) by Silas K. Hocking – Industrial England, seen through the eyes not of middle class misses, but children living on the streets. Written by a minister, Cricket tells a simple but heart-warming tale of two impoverished youths, Caroline and Billy, on the streets of Liverpool whose shared trials draw them into a friendship with one another.

4. Roughing it in the Bush (1852) by Susanna Moodie – Have you ever wondered what it would be like if a middle class Victorian lady left her tea parties and English gardens for back-breaking farm labour in the wild Canadian backwoods? Susanna Moodie’s famous journal chronicles her personal experience of such an adventure as she forsakes her comfortable English life to live in a dilapidated shack in the middle of the forest and learn how to hoe potatoes, paddle a canoe, bake her own bread and milk a cow.

5. Aurora Leigh (1856) by Elizabeth Barrett Browning – A breathtaking magnum opus concerning art and theology with exquisitely crafted lines to mull over and savour. Protagonist and orphan Aurora Leigh rejects her cousin’s offer of marriage and a wealthy inheritance to blaze her own path as a female writer. Aurora ruminates on her faith in God, her function as an artist (especially a female one), the nature and purpose of art itself from a Christian perspective and her duty to her fellow suffering humans. 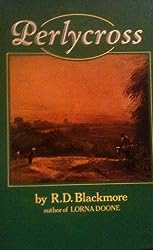